Pakistan’s powerful aviation mafia consisting of both public and private sector interest has pushed the country’s national flag carrier to the brink. But one analyst believes Pakistan will succeed in making the Pakistan International Airlines a profitable entity only if appointments are made on merit in PIA and and the civil aviation administration.

By Ikram Sehgal | Via ViewsWeek

Striving to liberalize the economy, the Nawaz Sharif regime (in Pakistan) in 1993 set about deregulating the aviation industry. The bureaucrats of the Civil Aviation Authority (CAA) in cahoots with their private sector partners in crime at that time misled the Nawaz government, circumventing the spirit of liberalization to suit certain vested interests. This open-ended approach was against the national interest and PIA took a sustained hit. While “letting a hundred flowers bloom” was a positive move for domestic skies, a proliferation of non-sovereign, fly-by-night operators started a cut-throat price war on the Dubai-Karachi-Dubai sector.

To the detriment of both the national interest and the national airline, controversially reciprocal sovereign agreements were not to be enforced for foreign airlines operating to and from Pakistani international airports.

The mission of any airline is to transport passengers and cargo from one point to another, safely, on time and in comfort, while making a profit for the airline. To support this mission, the CAA exists to develop and maintain modern airports with sophisticated ground support equipment and electronics-backed security by organizations like the Airport Security Force. Under the able and sure leadership of the PM’s Adviser on Civil Aviation, Captain Shujaat Azeem, the government is about to annunciate a new National Aviation Policy that will ensure that ‘open skies’ have reciprocity as a fundamental principle and foreign and domestic airlines should not be able take undue advantage of it to the detriment of our flagship airline. Mandatory sanctions must be imposed against those not reciprocating our liberal generosity.

The PIA has remained an enduring problem where it should have been an outstanding success. Its professional management, in both tactical and strategic planning, was replaced through a spur of the moment decision-making motivated mostly out of individual interests and without an in-depth study of economic feasibility based on data from an effective accounting package. Instead of the management controlling expenditures, the expenditures have instead soared by the hiring of an increasing number of management personnel and associated overheads.  Instead of being a model of excellence based on teamwork, the PIA became a case study of intrigue. The ‘patronage’ groups are a minority compared with the vast ‘silent majority’ who labour to keep the airline running. Those appointed/promoted because of nepotism and favoritism always have an inferiority complex compared with those having merit. The fear of the hapless majority (and what they endure) is genuine, if they are brilliant and/or competent, merit becomes a disqualifier of whichever group comes into executive authority. Instead of honest and professionally competent managers, capable of taking timely decisions, we only have those who opt for survival, out of economic compulsion of safeguarding their jobs. Not surprising to see some of them fall in line with the crooks.

Airlines must partially switch to newer aircrafts every 10 years or so. However, the PIA’s fleet replacement (and augmentation) was unduly delayed. With 42 aircrafts only, and a ratio of 400 personnel to an aircraft, PIA was overstaffed, to quote the Joint Action Committee of PIA Employees (JACPIAE).  Downsizing is required but is not a critical necessity, the challenge is to profitably employ the extra manpower.  Mass downsizing must not be attempted without thinking the process through and taking steps to revitalize the PIA, otherwise resultant “affirmative reaction” will be catastrophic for the airline’s operations, putting the great silent majority of airline staff who work hard for a living possibly out of a job.

In contrast to about 200-plus flights a week to destinations in Pakistan, the PIA reciprocally operates only a handful with the Boeing-737 aircraft. By increasing flights to the UAE, Qatar and Bahrain and negotiating code-sharing arrangements, the PIA’s revenues would increase. JACPIAE says the PIA would need 60-70 aircraft to run 160 flights a day, reducing the ratio to 257 employees per aircraft. Fleet replacement by aircraft on lease guzzling less fuel being resorted to now under Captain Shujaat Azeem’s direction according to a phased program will increase revenues and profits. The Rs 32 billion loss suffered by PIA during 2012 (overall Rs100 billion during the Pakistan People’s Party regime) and an accumulated debt of two billion dollars has put the Nawaz government into a potential no-win situation.

Separating the Aviation Division from the Ministry of Defense (why was it there in the first place?),  PM Nawaz constituted a four-member committee to restructure and reform the PIA, tasking them to examine the challenges being faced and recommend remedial measures. After studying various similar organizations in a cross section of both developed and developing countries among recommendations made, was an immediate need for a watchdog organization (not a part of the CAA) in the revised National Aviation Policy (NAP).

Drafting a well thought and well-crafted NAP-2014, Captain Shujaat Azeem must be given credit for keeping PIA’s interests as our flagship airline paramount. The question is, can he overcome the powerful aviation mafia consisting of both public and private sector interest? The PM’s Czar for Aviation will only get success for Pakistan if he gets his senior management of the CAA and PIA right.

The writer is a Pakistan-based defense and security analyst, chairman of the Pathfinder Group and director of the East West Institute 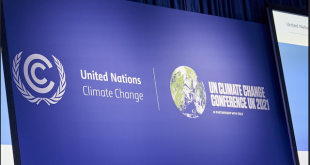 We asked experts from around the world for their reaction to the outcomes of this year’s UN climate summit, COP26, including the Glasgow Climate Pact agreed by all 197 countries attending the talks. Here’s what they had to say about the deals that were made. (This page will be updated as reactions come in.) 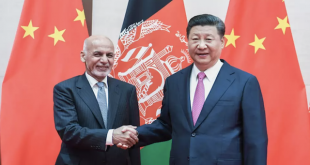 Can China Spearhead Peace in Afghanistan?

What can Beijing do to contain the spiral of violence and prevent the region from sliding into a protracted phase of instability? Pakistan's leading analyst Imtiaz Gul sheds light on the possibilities in an open letter to the Chinese President Xi Jinping.

Powered By Zask Developers
Copyrights © 2021 ViewsWeek | All rights reserved. No part of this website must be reproduced without the permission of the author.